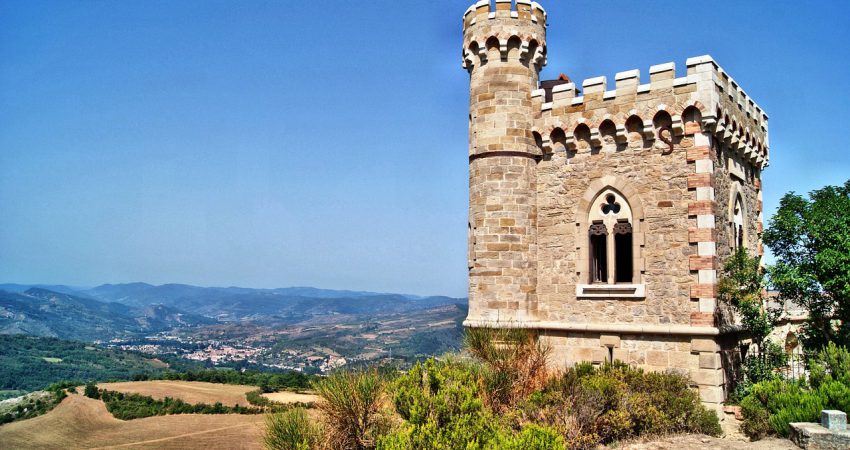 Today we are visiting Notre-Dame-de-Marceille in the village of Limoux and the mysterious castle of Rennes-le-Chateau.
Over the last few days I have heard so many stories about Saint Martha, St Salome, the connection between Grimm’s fairytales and the stores of St Germaine. Stories of Mary after she came to France, stories of the Tarasque and St Martha, stories of love and death and of a higher power at work. My heart and mind have been turned upside down. Slowly they begin to regain equilibrium but neither will be the same.

The Basilica is on the outskirts of town. Full of mystery the church and its underground network has been the object of research and study by archaeologists and historians for centuries. The site was a place of worship for Cathars in the 14th Century. In the eighteenth century the Basilica was given to the Doctrinaires who had a college in Limoux. After the revolution it was purchased by four locals and today, remains as private property.

From Limoux we travel to Rennes-le-Chateau, home of Beringer Sauniere. Saunier was the Roman Catholic priest at the small village of Rennes in the late 19th Century. Stories and conspiracies abound of the priest and large sums of money he was said to have. Whatever the conspiracy theorists say of Saunier, this tiny village has a history dating back to a prehistoric encampment. Later it was part of a Roman Villa.

From the hill top castle the views across the deep river canyons are breathtaking. The village has been described as the ‘doorway to heaven’ a magical place, a transformation portal, personal and universal. It has barely changed over the last few centuries cut off from the march of time because of its location.

As people looked closely at the village and its position in reference to other churches in the surrounding area, further mysteries become evident. Secret Geometry, coded parchments and a tomb similar to the one depicted by Poussin in his work Les bergers d’Arcadie, form part of these mysteries. Et in arcadia ego, the legend on this tomb. What does it really translate to?

The mysteries of Southern France are endless and can be found in every tree, mountain, castle and church.

This area of Southern France is called Languedoc and Occitan is the spoken language. While French is their official language, Occitan is used for everyday purposes. A romantic language, and like Gaelic which was the language of the Bards, Occitan was used by the troubadours to produce their lyrical poetry and canso, a song style.

We are invited into the home of Kathleen’s friends Tobi and Gert. Tobi is a regional leader of the European Knights Templar and has lived in the village for many years.

We follow him up the hill into the tiny church dedicated to Mary Magdalene. For such a tiny church the mysteries here are infinite. From playing with light, where on special days the sunrays highlight particular statues or paintings, to the devil at the entrance to the church.

There has been much conjecture and theories on the subject of Sauniere and the church of Mary Magdalene. Not withstanding this, Rennes-le-Chateau is truly a remarkable village.

Back to Alet-les-Bains and Madame’s excellent cooking.

The Stolen Gift of Fairy Sight