A Month in France Continued 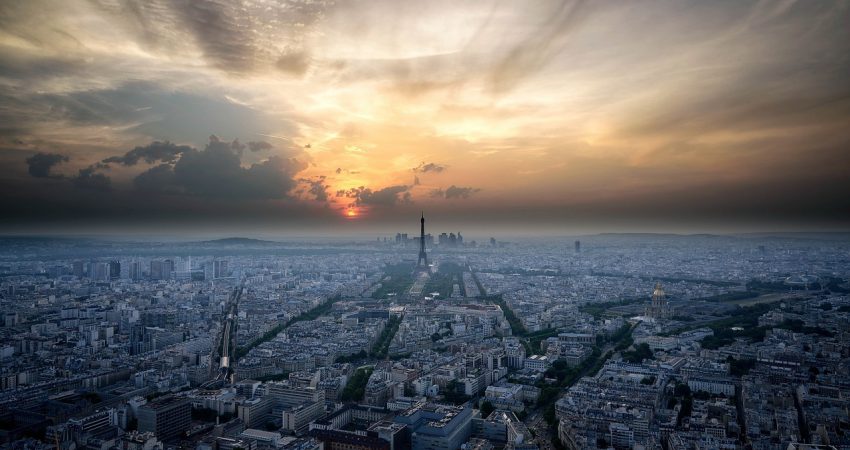 The morning after the wedding everything and everyone was quiet. We woke late, including the grandchildren, had breakfast and decided to drive to Montignac to buy our tickets for Lascaux 11 Caves. Mike, Jo and family spent the day at the Chateau. The kids played with the resident dog, Mike played the piano and Jo rested.

Most of the other guests, including the bride and groom went sightseeing. Some went to Bordeaux, others to Sarlat la Caneda while others took a drive in the beautiful countryside.

We stopped first at Fonte de Gaume, a prehistoric cave discovered in 1901. ‘Sorry,’ we were told, you cannot pre buy tickets. Tickets can only be bought on the day of your visit. You must get there early and wait with all the other people until the ticket office decides to open and then and only then can you attempt to buy tickets. And if you aren’t at the top of the queue then there is the likelihood you won’t be able to buy tickets for the English tour, as there is only one a day.

So we left there and drove on to Montignac. Fortunately we had more success here and bought eight tickets for Friday at 2pm. Our tickets included a visit to le Thot the ‘prehistoric park.’

We had been here at Christmas, but because it was winter, most of the parks were closed. I missed out on seeing these painted caves, so beautifully depicted in Jean Auel’s six epic novels; the first being ‘The Clan of the Cave Bear.’ I loved every one of the six and vowed if ever I travelled to this part of France again I would visit the caves of her stories.

We had lunch in the little town of Montignac and arrived back at the chateau late in the afternoon.

A final dinner was held outside in the garden. Tomorrow we would all be leaving, some for home and others to different parts of the Continent. Spain, Portugal, Italy, Switzerland, Germany, we were spreading out in all directions. Over the following month we enjoyed each other’s progress on Facebook, text and email.

Thursday morning we packed out things and left the Chateau for Sarlat la Caneda. Last year we stayed at the Manior Petit Meysset; owned and run by a wonderful Australian couple. The Manior is a restored 18th century manor house situated on three acres of park like gardens with a newly renovated Atelier. Mike, Jo and family stayed here while the rest of us were up in the house.

We unpacked, did some grocery shopping at the local Carrefour and later that evening drove into town for dinner. Sarlat la Caneda is a medieval town that developed around a large Benedictine abbey from the 14th century; a town well known for its Saturday markets and Foie gras festival.

Friday the 13th; Steve and I were up early and drove to Fonte de Gaume to buy our tickets for the day. We arrived at 7.30am and waited in line till 9.30. Although only twelve people were in front of us, by the time we got to the top of the queue all the English tour tickets were sold; so we took the French tour, better to see something then nothing.

We drove back to Sarlat, had a quick breakfast and then out again with the family, for our 10.30am tour. Each tour takes twelve people. Although eight of us were English speaking and four were French, two of the French would not agree to allow the tour guide to change the tour to English. I guess no matter where in the world you travel, there will always be some uncharitable people.

The cave was at the end of a four hundred yard climb up a steep slope. Inside the paintings were faded but our guide pointed out reindeer, bison, horses and mammoth in colours of red and black, sometimes in French and sometimes in English. We thanked him for his understanding. The cave was cool and dark and uneven under foot; a little daunting for young children. I hope they will remember the experience. This cave was not a place lived in, but a privileged place to visit during prehistoric ages.

We left there and drove towards Montignac and the Lascaux cave. This time we were on an English tour. These caves were found in 1940 by 4 young men and opened to the public in 1948. At one stage 2000 people a day were visiting the caves. Because of this they were closed in 1963. In 1972 a project was launched to replicate these caves. Only two galleries were reproduced, the Bulls’ Chamber and the Axial Gallery. These were the areas with the most paintings. The paintings were recreated by following the models and a collection of slides. Local mineral pigments (ochres, manganese dioxide) were used. The paintings are of horses, bison, reindeer and cows; the colours remarkable, the perspective amazing. I believe even the Magdalenian’s, the original painters, would have trouble distinguishing the difference.

We made the decision to come back tomorrow and visit Le Thot, the Prehistoric Park. Tonight we cooked an Aussie BBQ. Dinner was relaxed and enjoyable. The day had been long so we headed off to our rooms for an early night.

Saturday we spent the morning at the markets. I bought some gifts for family and friends at home and after lunch we drove to le Thot. This was slightly disappointing, although the small museum on entry was excellent. The replica cave wall paintings and displays of cro- magnon man did captivate the grandchildren. Having read about the park, I was lead to believe we would see mammoth and other animals of the prehistoric era dotted about. We eventually found the mammoth, cracked and moulting and in desperate need of refurbishing. I suppose considering he became extinct more than 10000 years ago, he was probably in not too bad a condition. Tonight we ate at home again, another Aussie BBQ.

Sunday morning we packed our bags and headed to Salleles Carbades. Mike wanted to go via the famous Millau Viaduct. It was going to be a long day. The Millau Viaduct is a cablestayed bridge that spans the Tarn Valley and is 2460metres long. This viaduct has featured on the show, Megastructures. We arrived there around lunch and visited the information centre. The bridge is the tallest in the worldand was built to alleviate traffic problems between Paris and Spain.

It is an amazing structure that can be seen from many parts of the countryside. With the help of our Tom Tom’s we finally arrived at the Chateau la Villatade late in the afternoon. The Chateau was in a vineyard in Minervois Wine Region. We had a two storey apartment, very old; one bedroom downstairs with bathroom, lounge and kitchen and three bedrooms upstairs with a bathroom. The boys, Mike, Ash and Ben took the dormitory style room. We unpacked, then drove into the small village of Villeneuve-Minervois for dinner. We found a pizza shop opened. Considering it was Sunday night and late we took the pizza option. Back at the Chateau we did some washing and spent the evening emailing, playing games and relaxing. Today had been a long and demanding day.

Next day we slept late, had breakfast and drove towards Carcassonne and the medieval castle. I had promised Mikayla and Ashley a visited to a real castle. They had stayed in Chateau’s and visited Palaces but this was a real medieval castle. We walked along the parapets, took lots of photos and had lunch in the square. Later Mike, Jo, Ben and the family walked along the tower walls. The day was lovely. On our way home we stopped to buy dinner. We had decided it would be easier to make dinner at the Chateau then try and go out. The long days and long drives were wearing on the adults as much as on the children.

Back at the chateau we were invited by the owners to a wine tasting. Eight drinks later and we had bought a few bottles. We drank one for dinner and packed the rest away for home. Tonight was an early night; we had a big drive tomorrow. Our final destination would be Marseilles.

I had told Mikayla and Ashley about the Medieval Village called Minerve and the Wind Turbine Park where you can get up close and personal with the turbines. We left Chateau la Villatide early and drove towards Minerve. The road wound slowly up the valley from the highway climbing steeply and falling again beside the River Cesse; this river that disappears underground in the summer months. Minverve is perched high on the hill where rivers meet and tunnel their way through deep gorges. Mike, Jo and the kids walked through the tunnels and across the river bed to more tunnels that break their way through another hill.

Minerve was the scene of a massacre inflicted by Simon de Montfort during the crusades against the Cathars in France in 1210.

Montfort laid siege to the city for six weeks. He set up four catapults around the village. The first three were aimed at the city gates and the fourth at St Rustique’s well; the villages only source of water. With the destruction of the village’s water supply, the Viscount Guilhem of Minerve negotiated the towns surrender, saving the villages and himself. A replica of the catapult can be seen from the gate leading down to the river bed and tunnels.

We spent a lazy couple of hours wandering this beautiful little village, population as of 2008, 122. I am certain there are less now, 2013.

We left there around lunch time and drove to Carnet to find the wind turbines.

Steve and I had been here at Christmas. A fascination with Don Quixote and his windmills has led me to take copious photos of these giants as they stand regal and majestic across the land of many countries we have visited, Scotland, Sicily, USA and France. This was the first place we had been able to touch them and hear them and feel their mighty power as the blades whirred with the winds. I wanted to show them to the family.

We stayed a while, had some lunch out of the back of our cars and photographed them from all angles. I was happy and the children got to appreciate the mightiness of these centennials of the modern world. We moved on, Marseille was next. At 5pm we found the hotel and booked in. This was our last night together. Mike, Jo, Leigh, MIkayla and Ash were leaving for Italy in the morning. Steve Ben and I were driving to Joigny; Steve and I to spend a week on a canal boat while Ben took the train into Paris and then onto Munich for the Beer Festival.

Next morning we saw the family off to the airport. We had enjoyed our time together but now we were going in different directions. We left Marseille and drove on towards our next destination. Tonight we would stay in Tournus in the Burgundy region.

A Month in France – The Last Week