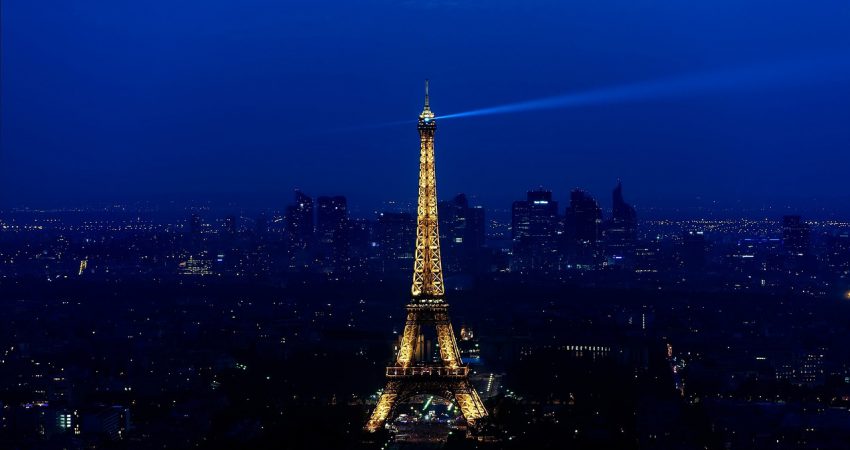 Two trips to France in less than a year is not the norm for us. But after planning our Christmas/New Year holiday to Italy and France our niece and her fiancé decided on a French wedding in the Dordogne Region in September 2013. There was little we could do but enjoy our Christmas trip and plan for the next one.

As anyone who lives in Australia and travels overseas knows, it is such a long and tedious flight, time is required for recuperation both after the outward journey and definitely following the inward journey. With this in mind we planned a vacation around the wedding. But this trip would be different. This time we would be travelling with our family, two sons, daughter-in-law, grandchildren, nieces, sister, brother-in-law and mother-in-law along with friends of the bride and groom.

We arrived in Paris early morning on the 5th September, my husband Steve, son Ben and I. Our other son Mike, daughter-in-law Jo, grandchildren Mikayla and Ashley and Jo’s mum, Leigh were arriving from London later in the day.

We spent two days visiting Notre Dame, the Eiffel Tower, Arc de Triomphe, Georges Pompidou, and Moulin Rouge. We climbed aboard the Batobus and saw Paris from the Seine; a nice relaxing way to visit the sites of this famous city. Mike and Steve toured Paris on a Segway, not so relaxing.

2013 and Notre Dame Cathedral turns 850. I introduced Mikayla to the story of Joan of Arc, while she took photos with her ipod. Being inside the church and following the ‘quiet please’ rule, gave her time to reflect on my words, ‘she was burnt at the stake.’ Although only seven
she thought about this for a while and then said, ‘I think I know what you mean, but I don’t really want to talk about it, it seems too sad.’

Very true, I told her, but seven hundred years ago, life in France and much of Europe was a constant battle to stay alive; immensely different to Australia’s history.

Friday evening the wedding party and guests were invited to drinks at the famous George’s Pompidou Museum and later we walked to Le Pharamond for dinner. Such an amazing feeling to be with your family and friends and then realize you are in Paris France; a very special evening.

Steve and I left the family in Paris for the weekend and travelled to Amiens. They would spend the weekend visiting the Eiffel Tower and Euro Disney while we went in search of my great uncles grave in the Abbeville Community Extension Cemetery. We arrived in Abbeville Saturday afternoon, found our accommodation and then walked the streets of this beautiful medieval French village beside the banks of the Somme River.

Sunday morning we drove to the cemetery. I had a copy of the grave site records. A mix up between roman numerals and numbers had us wandering up and down the columns of graves until we finally found the right one. Frederick Matthews was his name, and he was with the Welsh Regiment. He died on the 27th September 1918 at the Somme; so sad when Armistice was announced less than six weeks later.

We took some photos and spent time reading many of the headstones in this quiet peaceful field of graves. Later we drove to the stone beach at Cayeux-sur-mer which is on the Bair of Somme. The wind was blowing in off the ocean and it was very cold. We left there and headed back to our apartment at Au Jardin des deux Ponts spending a lazy afternoon in the gardens. Surrounded by a high stone wall with a duck pond and 3500 sq metre of English Gardens, this guest house is certainly worth a visit.

Monday morning we were up early to catch a 6am train back into Paris. We arrived at 8.30am and caught a taxi to Gare Montparnesse. As we were early, traffic was minimal and we arrived with plenty of time to spare. The rest of the family met us on the platform. We hoisted our bags into the luggage compartment and found our seats.

Travelling at speeds of 250kph we arrived in Bordeaux at lunchtime. We went in search of Europa car rental office and after much walking and dragging of suitcases we found the office. Of course there is always one problem; a mix up with our booking saw them trying to put three adults and luggage into a two person car. Mike was sorted immediately with a van, two booster seats and room for five passengers and their luggage. After three hours and three different cars, we were finally on our way to Casenac and the chateau.

Along the way we stopped for a late lunch. Everyone was starving after our earlier debacle and just a little testy. We arrived at the Chateau around 6.30pm. The men were cooking dinner and the women had prepared a variety of salads. We found our accommodation, unpacked and then went to join the rest of the group.

The chateau is 150km from Bordeaux and has stunning views over the Dordogne River and valley. The grounds are made up of 25hectares of gardens and lawns, three swimming pools, the Chateau, two cottages, a gatekeeper’s house and a large barn. Most of the wedding party were housed in the Chateau while the eight of us had one of the cottages; a bedroom and bathroom each, lounge and kitchen.

After dinner we went back to the cottage, put on some washing, had a bath and off to bed. We had driven through rain today so we were all hoping for a fine day tomorrow, wedding day.

Woke to a reasonable day, had some breakfast and wandered over to the main house. The hairdresser had arrived and the wedding party were hidden somewhere in one of the many rooms of the four floors of this 11th century Chateau. We spent a relaxing morning until it was time to get dressed for the 3pm ceremony. Mikayla and Ashley had dressed earlier as they were both in the wedding party; Mikayla as flower girl and Ashley as page boy.

The ceremony began under the trees, although it was very cold and windy, the rain held off. Miranda looked stunning in a simple soft flowing silk dress with a French lace bodice and flowers in her hair; the perfect dress for such surroundings.

The celebrant spoke of the real meaning of marriage, the good and tough parts. He gave Chris and Miranda a gift of a bottle of French wine sealed in a box containing notes from their discussions on how they met, their hopes and dreams for the future and snippets of incidents from their past eight years together. This was not to be opened until their fifth anniversary.

Corelli’s Mandolin
“Love is a temporary madness; it erupts like volcanoes and then subsides. And when it subsides, you have to make a decision. You have to work out whether your roots have so entwined together that it is inconceivable that you should ever part. Because this is what love is. Love is not breathlessness, it is not excitement, it is not the promulgation of promises of eternal passion, it is not the desire to mate every second minute of the day, it is not lying awake at night imagining that he is kissing every cranny of your body. No, don’t blush, I am telling you some truths. That is just being “in love”, which any fool can do. Love itself is what is left over when being in love has burned away, and this is both an art and a fortunate accident.”
-Louis de Bernières, Captain Corelli’s Mandolin

Di, the bride’s mother read a blessing as did Vanessa, Miranda’s close friend.

May every blessing and grace be yours.
May your love grow stronger and deeper with each passing year. May joy and delight fill your home.
May daily problems not vex you unduly nor the desire for earthly possessions dominate you.
May you have true friends to stay by you,
in joy and sorrow.
And if children bless you,
may they return your love many times over.
With wise and generous hearts
May you help all who come to you in need of comfort
and may you reach a ripe age together
content for having lived a life of goodness and worth.

The ceremony over, we moved around to the side of the Chateau, in the sun. Here we had canapés and drinks, took photos and generally relaxed.

At 6pm we were called into the barn, now transformed into a beautiful fairytale wedding venue. The evening was lovely with great speeches, wonderful music, and sumptuous food and wine.

I read my poem ‘The Whisper’, which I had written for Miranda and Chris. The dancing went on late into the night and Mikayla, the seven year old, danced and partied along with them all.

The Whisper
‘Every heart sings a song, incomplete, until another heart whispers back.’ Plato

The leaves rustled through the trees
He heard their whisper and stopped to listen
Embolden he took a chance
Words were spoken soft and gentle like the touch of a baby’s breath
Hearing she became mindful and her heart sang
In time they built a life together
Secrets shared and whispered in their own space
Perhaps a wedding in the French countryside
Excited they consulted their loved ones seeking support and collaboration
Relinquishing our hearts, we whispered back, we will be there.

So here we were in the French countryside with family and friends witnessing the marriage of our niece – a perfect day with a perfect conclusion. And this was just the start of our holiday. How could we top this?

A Month in France Continued