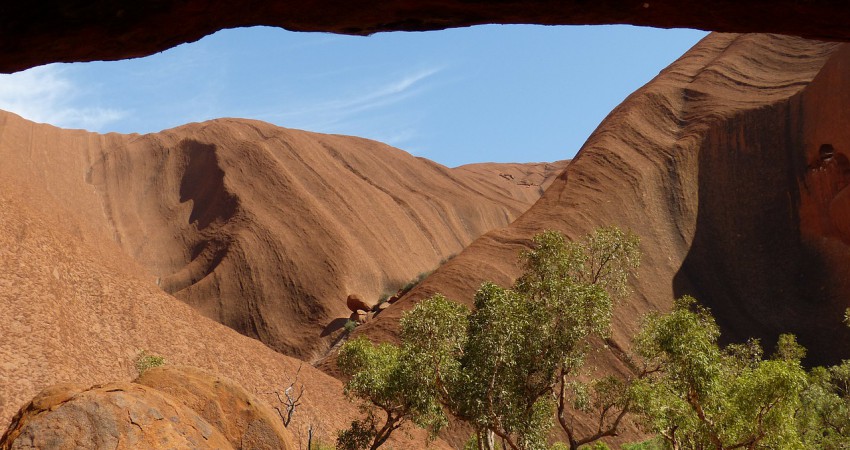 ‘Walala!’ called Kuddtji. Walala stood before his tribe; his only clothing a bark belt from which hung his axe and club. He carried his spear.

‘You will leave here before the sun’s glow has lit the eastern sky.’

‘Do not return until you have food to feed your family.’

‘Then we will celebrate…for you will be a man.’ Kuddtji waved his spear in the air and turned to the tribe. ‘My son goes to become a man. Send your messages to our spirit ancestors so they may watch over him on his journey.’  He turned back to his son.

‘Watch for the white man’s campfires.’ 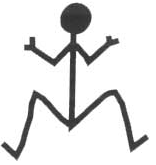 Walala’s mother Dyinmang, sat quietly beside the fire. Her son was soon to be a man.  As much as she wished to embrace him, she could not…tribal protocol would not allow this.

During the day many tribal elders came to see Walala, passing on advice born from wisdom and experience.

In the early hours of the morning, while Walala slept, Dyinmang, spoke to Emu…earth mother, and Sun…father of destiny, asking them to guide her son, and send him home safely.

Walala slept fitfully until waking to the sound of his mother’s voice. He smiled, knowing he would be safe. Before the sun’s rays rose above the horizon, he left.

He stayed clear of the white man’s villages. Stories were told of what they did to anyone who walked upon the land they called theirs. Walala and his people believed the lands belonged to no one, providing shelter and food for all those who lived upon it.

He followed the dreaming track of his tribe until sunlight filtered through the trees.  A gentle zephyr blew, rustling the leaves. Walala heard his name called and stopped.

‘Walala, Walala,’ He kept walking. Stepping onto an open plain he froze. Standing quietly eating from the green grasses was wulaba, a rock wallaby. Walala took up his spear, aimed and killed the wallaby instantly. Now there was food for him and his tribe. He threw the wulaba over his shoulder and continued.

All was quiet for a long time. Walking on he came across Yarrabee, where the gum trees grow.

‘Walala Walala.’ He weaved his way amongst the spotted gums. Then he saw burumin, the possum.  Again he took aim and made the kill.

As the sun began to descend in the western sky, Walala found a resting place beside a cooranbong. The rocky bottom creek would provide fresh drinking water and more food. Removing the dilly bags from his bark belt, he filled them with wuluba and burumin. He would hide the bags, protecting them from other animals, and pick them up on his way home.

As Walala sat beside the creek he heard his name called. This time the sound was coming from the waters edge. He took up his spear and went to look.

‘Who are you?’ he called. ‘Where are you?  Come out so I can see who calls my name.’ no one answered.

Walala peered into the creek and saw magura the fish.

Soon Walala’s second dilly bag was full of fresh fish.  He hid these with his earlier kills.

Sitting around the small fire, Walala thought about the voices he had heard. Were they his ancestors…could they be Orroroo, wind in the trees?  He didn’t know, but he was glad to have heard them. 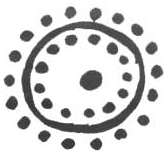 By early morning he was on the move. Walala lived around the mountain all his life. The mountain stood between the lowlands and the sea. Today, as he made his way to the ocean, the mountain was shrouded in heavy rain clouds.  He could smell the storm in the wind and determined to spend a short time here, then move back into the shelter of the trees.

‘Walala, Walala.’ This time the sound was coming from a watery cave.  Walala saw barung and walamai. Now there was more fish to take home.

Early afternoon saw the mountain rimmed with storm clouds. Walala could here murungai, the thunder god, and he moved back into the bush.

He saw no white men; he bags were full of food, Walala decided to return home.

‘Walala, Walala,’ it came from top of the mountain.  Walala looked up and saw Yarra sitting high in his tree. Yarra would make his father happy. Walala threw his spear. Although Yarra was far up the mountain his spear travelled the long distance and knocked him to the ground. Walala watched as Yarra rolled down the mountain, past where Walala stood. Walala followed. At the bottom, Yarra stopped. Walala picked Yarra up by the spear, under him was something shiny. He stuffed it in the dilly bag with Yarra.

As the storm clouds circled the mountain Walala arrived home. He laid out all but one of his dilly bags in the centre of the gunyahs. The tribe and his father welcomed him home.

‘You have brought great honour on your family. There is much food here. But, Walala, I see you still have a bag hanging from your belt.’

‘Yes father.’ Walala placed the bag at his father’s feet. ‘This is for you father.  The Yarra was my last kill. When he fell from the tree he rolled to the bottom of the mountain. As I picked him up, this,’ Walala removed the shining metal from the bag, ‘was under him.’ 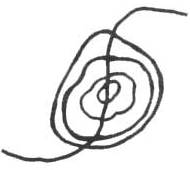 ‘Dyinmang, come, tell us what this is, for I fear it belongs to the white man.’ Walala’s mother, Dyinmang once lived with a white family but left to become Kuddtji’s wife.

‘This is white man’s money, called a halfpenny. It is used to buy food and clothing.’

Kuddtji turned to his people, ‘Here me now, my son, Walala, has returned, tonight we celebrate. We will cook the Yarra and throw this halfpenny in the fire.  But, before then we will name the mountain in my son’s honour. From this day forward it will be called Yarrahapinni.