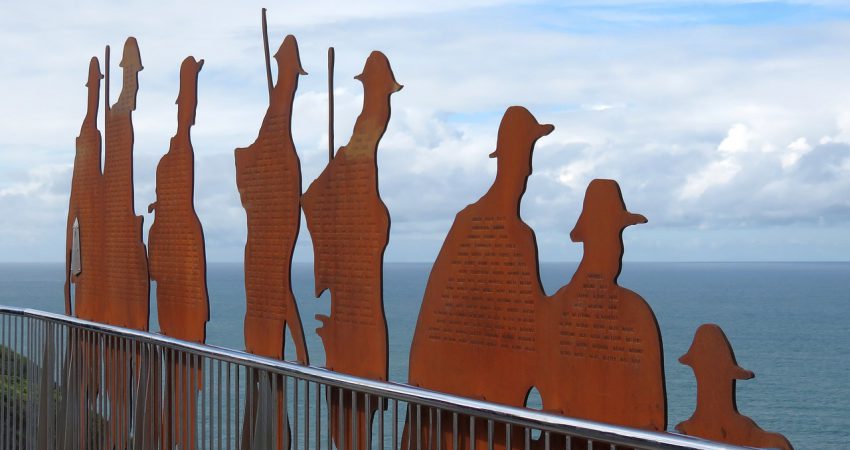 ‘I thought I might cook some Anzacs to take on the cruise,’ I announced early one morning.
‘What! Don’t you think there is enough food already on a cruise, why would you want to make Anzacs?’
‘Yes, and you really love to eat all those pastries and cream cakes, don’t you?’
‘Well no.’
‘That’s right, so if I make Anzacs you’ll have a biscuit each night with your cup of tea.’
‘And if they find them at customs they’ll throw them out.’
‘They’re only Anzacs, I’ll put them in a Tupperware and wrap them in my jacket. The cruise leaves from Brisbane. I can’t imagine customs being too worried about Aussies cruising around Australia.’

He left then as I had planned. Didn’t want him in the kitchen taking over while I cooked my biscuits. When I finished there was three containers full of chewy Anzacs, infused with love and friendship, smelling divine. I avoided licking the bowl and the spoon.

Second night out and we were off the east coast, somewhere near Mackay; our first stop would be Cairns. There was the usual crowd. We loved to cruise together; Alaska, New Zealand, the Mediterranean, the Baltic Sea, empty your suitcase and not look at it again until you were disembarking.

We were going around the top, down the west coast to Fremantle, then driving to the Margaret River for a few days; Yallingup beach, wine tasting, a gastronomic trip for ten of us; six of us friends for thirty years and four for ten.

The over sixties; bursitis in the hips, frozen shoulders, replaced knees, high blood pressure, high cholesterol, and this was the men. Not surprisingly, the conversations drifted towards someone’s latest malady.

Sam and I were given an upgrade to a beautiful suite, a perk of forty-five years married, free champagne, free chocolate coated strawberries each night, our own stationery, our names emblazoned atop, huge balcony and lots of room. I invited the crowd for after dinner drinks or coffee, whatever they desired.

The girls drank the wine and champagne, as I knew they would. We hadn’t been friends this long for me not to know them, the men, a few beers, a couple of reds and then their hands were up for a cup of tea. The Anzacs were in a beautiful glass pot. I removed the lid and placed them on the coffee table. This was a small stash, the rest were hidden in my underwear drawer.

Slowly the music was turned up, the laughter and bawdy jokes began to crescendo and inhibitions went out the balcony doors and over the side.

Next morning as we met for breakfast at our usual table, I felt all eight pairs of eyes bore into my soul.
‘How is everyone this morning.’ I asked innocently.

The smiles on the women’s faces told it all. If their night were anything like mine, my love, friendship and pot infused Anzacs were a huge success.

The Expected One by Kathleen McGowan