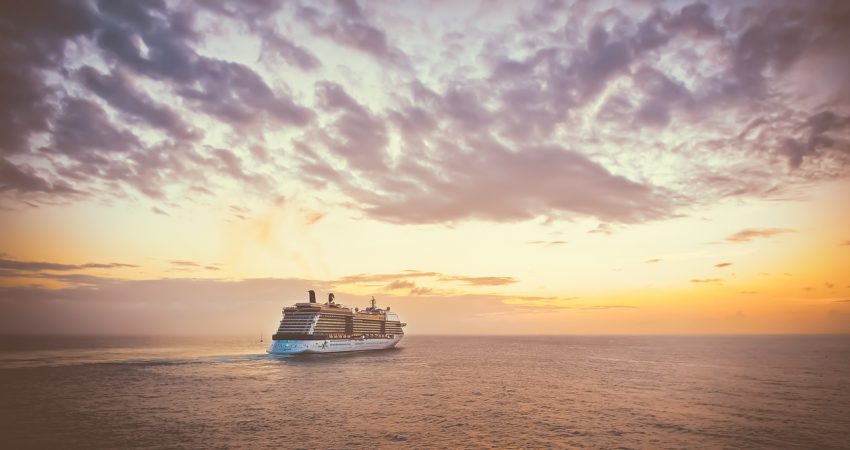 The door to the cabin flew open and Mary, who’d been reading the latest Di Morrissey novel, threw her book in the air with fright.

‘Oh my god I just can’t believe them, how rude.’ Emily exclaimed as she threw her laundry on the bed, her grey bob bouncing from the impact.

‘Good grief Em, what’s going on?’ Mary retrieved her book from the floor.

‘The laundry, it’s like a war zone, unbelievable, I’m shocked.’ She flopped on her bed…hand on her chest.

‘You’re not having a heart attack are you?’ Mary stood up from her chair, but was hindered by the smallness of the cabin and could only wait anxiously for Emily’s reply.

‘No I’m just….’ Emily stopped to take a breath. ‘I can’t believe people behave like that.’

‘Behave like what…for goodness sake tell me what happened.’

‘I found the Laundromat…there’s one on each level of the ship, all in the same place. You can use any of them. I went to ours. It’s on the other side of the ship, towards the front.’

‘When I got there the door was closed, so naturally I pushed it open. Not sure what else I was supposed to do.’ Emily spread her arms in a gesture of questioning. ‘As I pushed the door I could see people inside, with their backs to me. You know me, always polite.’

‘Yes, well I learnt that this morning.’

‘No they didn’t, so I said excuse me, but they ignored me. I pushed a bit harder and then this woman turned around. She was like a she-devil…I swear her eyes were blazing. If looks could kill I’d be dead…dead as a doornail. No doubt about it.’ Emily sat shaking her head.

‘She said, there are no washers or dryers free. You’ll have to come back. I was a little surprised by the way she spoke, but I said, ok, I’d come back in an hour.

Don’t bother, she said, there’s plenty of people before you…come back in three or four and make sure you have the right change otherwise you’ll lose your place, and then she proceeded to push the door shut in my face.’

‘Hmm,’ Mary said. ‘And its still early morning. Her day must have started very bad. Let’s go to breakfast and I’ll give you a hand later. We can try one of the other floors. I’m sure they’re not all like that.’ Mary put on her shoes, grabbed her ship card and made to leave.

‘Oh I’m too upset for breakfast…you go on your own.’

‘No way, we came on this trip together and you’re not staying here feeling sorry for yourself.’

‘Well excuse me if I don’t like been spoken to in that manner.’

‘Emily I understand you are upset, but don’t let some crabby old duck spoil our holiday. Remember what we learnt at the retreat…what you focus on with your mind you attract into your life.’

‘Yes well I hope she attracts some angst from someone else. And by the way she wasn’t as old as us, but she was crabby.’ Emily smiled.

‘That’s better. We’re here on this cruise to enjoy ourselves, meet new people, perhaps even have a little fling, certainly not to stay in the cabin and be afraid of some crazy woman in the Laundromat.’

‘I’m not afraid of her…but I didn’t like the way she spoke.’

‘Maybe you should have said something to her. But you don’t want to get into a fight. Fighting doesn’t achieve anything either. Remember you weren’t the source of her anger. Something out of your control was. We have to learn to shrug our shoulders and move on.’

‘Yes I agree, but now it’s time for a change. How many years have we accepted bad behavior, got upset, taken things personally…we don’t have to anymore.’

‘Making that change is difficult.’

‘I know, and for years you have been putting on a front, pretending all was ok when it wasn’t. Never speaking the truth.’

‘She was probably right Em, but it’s essential to wash your dirty laundry occasionally. Are you coming to breakfast?’

‘Sure, lets go. And what’s this about a little fling?’ Emily giggled as they left their cabin. ‘Have you seen anyone with potential?’

The two friends went off to the Venetian room for breakfast. Carlos their dining room waiter was on duty. He seated them at a table with four other passengers. They introduced themselves and a lively conversation ensued…one couple were from Houston Texas, and the other, mother and daughter, from London.

‘Did you hear about the Laundromat debacle?’ the Texan asked.

Emily looked from Mary to the others…her eyes wide open, her mind working overtime trying to remember what the woman at the Laundromat looked like.

With far more calm they she felt, Mary replied, ‘No, please tell, we love a bit of gossip.’

‘Well, the story I heard was about two men who had an altercation on deck 11. They’re both in the brig and are to be thrown off in Darwin.’

‘Good grief, what was the altercation about?’ the London mother asked.

The Texan leaned across the table, looked around to make sure no one else was listening, and said, ‘Apparently, this guy went to the Laundromat to do some washing. The machines had finished their cycle but no one was there. Rather than wait he took the washing out and put it in the sink.’

‘Reasonable thing to do, there are only two washers per Laundromat.’ The London daughter added.

‘You’re having us on,’ Emily said in disbelief.

‘No, got the story straight from security.’ The Texan said sitting back in his chair.

‘The owner of the washing swung a punch at the other guy and next thing one has a broken arm, the other a broken nose and there’s blood all round the Laundromat. One had his arm slammed in the door and the other, the door slammed in his face. They had to cordon off the area to clean up the mess.’

‘Oh my god,” said Emily as she stifled a laugh, ‘no more Laundromat for me. It’ll be the ships laundry for my clothes. Talk about airing your dirty laundry…that beats all.’ As Emily stole a sidewards glance at Mary, the two friends, spontaneously burst into laughter.

The Book of Love by Kathleen McGowan

The Poet Prince by Kathleen McGowan