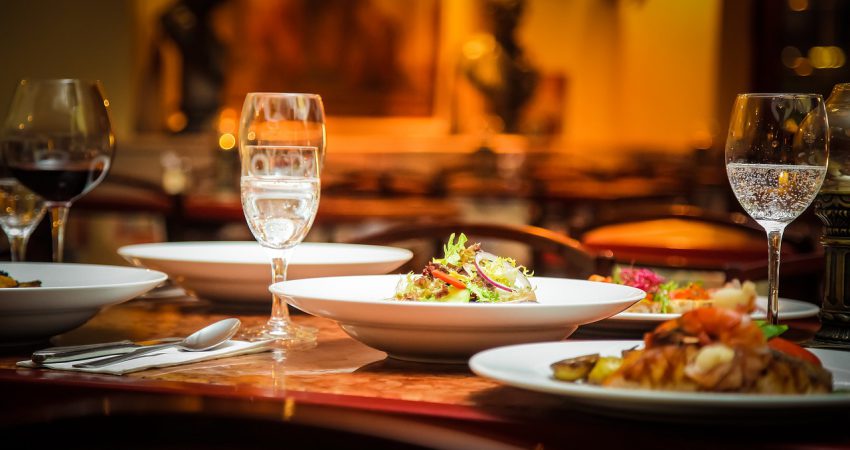 Being married to an Italian for forty-three years, I decided to look into the events of Italian week, now in its 8th year. This year the theme was ‘Stories of Italy and Italian Stories’.  Previous themes have been ‘engage your emotions, and ‘Sapori e Piaceri,’ ‘Tastes and Pleasures’.

After some googling I found the website and ‘liked’ it on Facebook. This way I knew I wouldn’t miss any new event.

Thirty events were scheduled from the 24th May through to the 2nd June. On Sunday the 25th May 4MBS Classic FM Radio held a Vivaldi Spectacular in St Johns Cathedral. This was part of the 21st annual Festival of Classics. Performing Vivaldi’s music was the Queensland Choir and the Badinerie Players conducted by Kevin Power and narrated by Tama Matheson. The music was The Four Seasons translated from Italian to English by Paul Sherman one of FAWQ’s oldest members; certainly a man of many talents. The music was spectacular and the setting equally as beautiful. A great way to spend a Sunday afternoon.

Next on the agenda was a Tuscan Tables Dinner at Café Primavera Oxley Road Corinda. This was a fundraiser for MontroseAccess with raffles and a live auction. Jamie Dunn and Agro met each and every one of us on arrival. The dinner was set up Tuscan style with a very long table plus a few smaller ones. 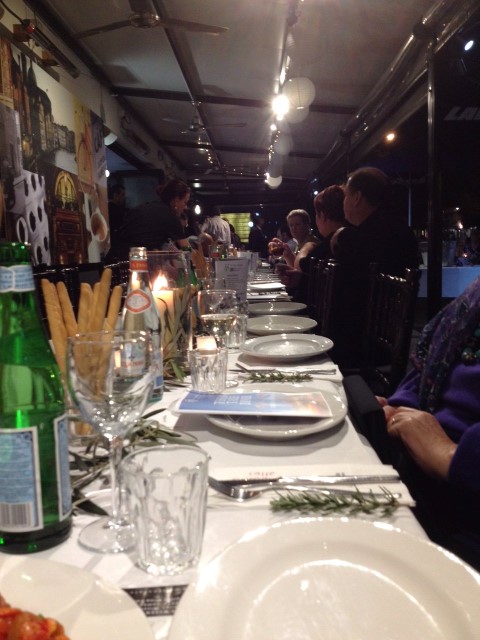 The night was a sell out with Mark Vincent performing throughout the evening. Mark won Australia’s Got Talent in 2009. His inspiration was his late grandfather who raised him and taught him to sing. At the young age of twenty he has an amazing voice, a great accompaniment to our dinner.

Dinner was traditional Italian style with a steady stream of meals placed in the center of the table. First served were soup then salad then arancini and fish cakes. This was followed by pasta then fish and chips and finished off with cannoli and many different types of pastries.

The auction began between dinner and dessert. Great fun and lots of bidding went on for the five separate packages.  The last event of the evening was the drawing of the raffles; again lots of cheering and excitement with eleven prizes to win. The night was great fun and we have added it to our agenda for 2015.

Saturday morning saw us in at the Treasury Hotel at 9.15am for a book presentation ‘Marrying Italian’ by Vivien Achia.

Vivien’s book explores the marriage of a naïve Australian girl from a farming background to an older Italian.  When Vivien’s first husband Mick, left her and their small daughter to move to Queensland, Vivien fell under the charms of the much older Eliseo. She put her life into his hands and spent the rest of her marriage attempting to be accepted as the Italian wife. But this marriage was doomed to fail as the first one, only this time the failure was due to what she didn’t know and would never know.

‘Marrying Italian, When Love is not enough’, can be found in bookstores now.

Next was a presentation by Andrea Bosio ‘Tales of the Piacentine’. This was a talk about the city of Piacenza and the surrounding region. Known for its production of wine and salami the area is characterized by its diversity of landscape, which has influenced the political, economical and gastronomical history of the region.

This was followed by an hour discussion on tracing your Italian Family History. Presented by Arturo Di Filippo Chairman of the Co.As.It Group and research and archiving expert Fabian LoSchiavo. For my sister-in-law Di, and myself who had been researching both sides of their Italian ancestors, the information given out spurred us on to continue the search.

Arturo also entertained us with his beautiful acoustic guitar and heartfelt music of family, love and life he learnt in his grandpa’s kitchen transporting all of us into the heart and soul of Italy.

Pompeii and other disasters in Roman Italy followed with Dr Anne Rogerson from the University of Sydney taking us into the cauldron of Vesuvius and the eruption that ultimately destroyed Pompeii and many surrounding cities. For me this was a second foray into the ancient disaster of Pompeii. Having spent our May FAWQ meeting with Pam Rushby taking us through the same day only in her presentation we played the part of the citizens.

It seems 1900 years later we are still intrigued by this event.

For Di and I this was the end of events for Saturday.  We would be back Sunday but this time at GOMA in Cinema A for a silent movie.

‘Brought to Light: Inferno,’ was recently restored for the 100th anniversary of its release. Produced by Francesco Bertolini in 1911, the movie created visions of hell with varying levels of punishment depending on the accused’s crime. Graphic and at sometimes disturbing, the scenes showed desolate landscape, demons with pitchforks and mythological beasts.

For us Italian week was over but there were many more events on the calendar.

Italian Week is produced by Alessandro Sorbello and has been since its inception.  Both Di and I hope he continues each year as more Italians or those married to Italians discover this window into the Italian way and culture.